Reputable company with well-trained staff who are able to lift virtually any purpose in the manufacture, repairs and maintenance of maritime facilities, and installation and service of engines on boats as well as larger ships, ferries and fishing vessels.

Sydhavnens Motorvaerksted ApS is now owned by Claus Andersen who took over the company from his father Poul Andersen in 1999.

Poul Andersen was the owner of the company from 1962.

After a large upward trend in fisheries and maritime development at the end of the 60's, it was decided to construct new workshop buildings on the site immediately behind the old and worn workshop facility can.

The new workshop building with administration was built in 1971, after which the company was transferred to a company.

Claus Andersen is educated in the company as a machinist and came back to Sydhavnens Motorvaerksted in 1986 after completing his military service in the Navy and ended Machine Constructor Education and started as a foreman in the company the same year.

In 1994 a generational started but was not finalized before Poul Andersen's demise in December 1998.

In 1999 the Claus Andersen overtook the rest of the shares in the company after the estate.

In April 2005 the company was enriched by a new asset, Oeens Marinecenter - which is a chandlery with nautical equipment.

Oeens Marinecenter caters to the maritime industry and a wide range of leisure sailing.

In November 2014, Offshore Center Bornholm was formed. Here Sydhavnens Motorvaerksted is an active role and where Claus Andersen is part of the board. 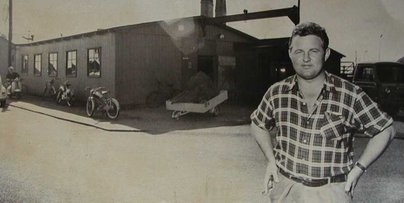 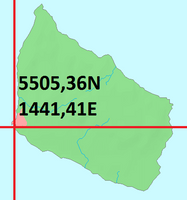